It’s done! Our event and communications agency successfully launched the O2 5G-network for Telefónica Deutschland in the Stage BLUEMAXX Theater in Berlin on October 3rd, 2020, the 30th anniversary of German Unity. As a highlight and a public magnet for visitors, the O2 projection mapping on the Oberbaum Bridge stood out as a unified symbol under the motto ‚Democratization of High-Tech‘.

The event with mainly digital components was preceded by extensive communication measures for the 5G-launch. We were particularly pleased to be included in the Festival of Lights with the social media campaign #2020shareyourlight.

The highlight of the event was clearly the ‚Going-Live-Moment‘: Together with the virtually integrated Prime Minister of Bavaria Markus Söder, CEO Markus Haas switched on the 5G-network in the five largest cities in Germany. The high-tech production could be followed live in the public stream.

Afterwards there was a special thank you just for the employees of O2: In the stream they were presented with a specially coordinated performance by the Blue Man Group Berlin. Several thousand employees and their families watched the color and rhythm spectacle in front of their screens at home and then ended the evening with a priority concert by gentlemen. At the joint Italian dinner, the O2 guests let the event end comfortably.

We carried out all media productions with our team in-house and prepared them for all relevant communication channels. We prios acted as general contractor and were responsible for the conception, planning and implementation. 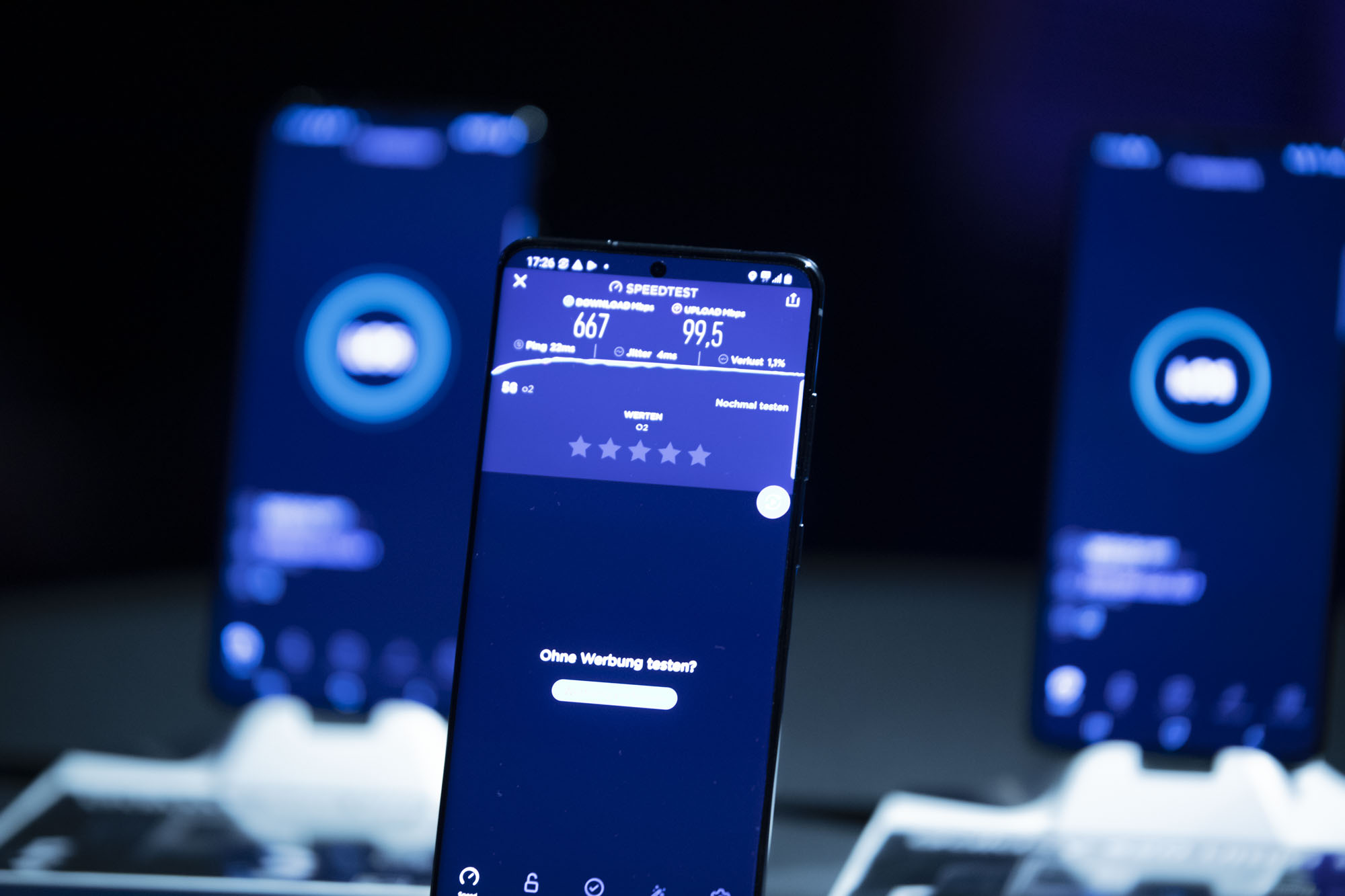